Adriana Pacheco, former chair and current member of The University of Texas at Austin International Board of Advisors, still vividly remembers her initial experience at the LLILAS Benson Latin American Studies and Collections.

“I always tell the story that the first time I visited the Benson, I cried,” said Pacheco, recalling the emotional first visit.

Pacheco first encountered the collections, which house one of the world’s premier libraries for Latin America and Latinx studies, when she came to the Forty Acres to earn her doctorate degree in Iberian and Latin American languages and culture. At home in Puebla, Mexico, where she obtained a B.A. in Hispano-American literature and an M.A. in Iberian-American literature, securing the books to conduct her research was more difficult.

“It was so hard to get materials, especially when you research in archives. And the Benson was like paradise!” she recalled. “I thought, this is a place where I can really be objective in my work.”

Her direction already pointed toward advocacy and literary scholarship, but with this experience, that path branched out to cross first one border and then many.

Years after Pacheco studied as a Ph.D. student in the Department of Spanish and Portuguese, she became affiliated as a research fellow at the Teresa Lozano Long Institute of Latin American Studies (LLILAS). Her curiosity, intellect and instinct for connection also spurred her to join the Mexico National Research System, co-found the 19th-century section of the Latin American Studies Association, and co-create numerous research collaborations and scholarly exchanges.

Exploring and Expanding Across Borders

Journeying this path, Pacheco has made good on her pronouncement, becoming a tireless connector for collaborative research and academic networking between partners from various countries and Mexico.

“I have been in many worlds because I have been working my entire life in different groups, communities and societies inside of Mexico and the United States. … I am a true mix between different communities.”

Pacheco champions multiple points of connection between UT Austin and Mexico, working to foster partnerships that have resulted in a wide range of initiatives supporting research and scholarship, educational and professional opportunity, community health, bilingual literature and many other disciplines.

Her early work with children was exemplified in Casa del Sol, an orphanage for 100 children that she started in her early 20s; it has served the city of Puebla continuously since 1991.

“That showed me that I had that in my blood: to be of service to other people, and to be a bridge and connect people,” she said.

Pacheco combined her connective spirit with scholarly inquisitiveness, starting as a first-generation college student and parlaying her talent into scholarly accomplishments in research and writing in the feminist study of historical literature. She taught graduate and undergraduate classes at three of her four alma maters: UT Austin, Universidad Iberoamericana Puebla and Universidad de las Américas Puebla.

“I really think that knowledge is the only way we can become better—serious knowledge, academic knowledge, with people that go deep in research,” she said.

Opening Doors: International Board of Advisors

Pacheco’s service on UT Austin’s International Board of Advisors (IBA) has provided both inspiration and occasion to further expand her efforts in transnational education. The board recommends and facilitates collaborations that support UT Austin in expanding its global network, thereby contributing to strengthening the university’s presence and impact around the world.

The IBA’s efforts focus on populations across campus and around the world: advancing student opportunities for experiential and service learning, most notably through the signature President’s Award for Global Learning program; supporting transnational research collaborations for scholars; connecting university leadership with industry contacts and resources; and invigorating international alumni engagement and student recruitment.

Pacheco herself has helped establish exchange programs with the Universidad de las Américas Puebla, the University of Bergen in Norway, and the University of Cambridge. She was also instrumental in the recent formation of the Academic Model Providing Access to Healthcare program in Mexico, a collaboration between UT Austin’s Dell Medical School and the Benemérita Universidad Autónoma de Puebla.

Identifying and realizing opportunities for students and scholars is deeply important to her, Pacheco says. She described her tenure on the IBA as “a blessing” and an “amazing adventure,” and further lauded the university’s recent innovations in global engagement.

“You connect with other people inside the university, and you see the talent of the professors and the opportunities for students … And then somebody like [Senior Vice Provost for Global Engagement] Sonia Feigenbaum comes to the scene, and you can see that … she really knows what it is to be international, to make a university international.”

Pacheco went on to describe how the university’s internationalization efforts dovetail productively with the unusual nature of the board.

“We are a peculiar board because [working for] internationalization is different than just being donors. Of course, we are donors, but we are more like door openers. We are trying to open doors, to build bridges, to connect with other institutions. And I am very grateful to the university for the trust that they give us.”

In 2018, Pacheco turned a page, so to speak, by channeling her spirit of service, love of literature and devotion to women writers into yet another creative direction: Hablemos Escritoras, the first Spanish-language podcast and encyclopedia featuring women writers.

“Something I have learned in years of researching is how these stereotypes—of how women write, and which topics women write about—have been bad for women,” said Pacheco.

“Many professors at universities don't teach [the work of] enough women, especially not women writing in Spanish. Many think that women just write about the body, corporeality, violence. So, I really want to fight against those stereotypes and prejudices.”

While she was teaching in Puebla in 2015, Pacheco’s class created a project on Mexican women writers, which soon revealed serious gaps in the country’s literary publication and promotion infrastructure.

“What we saw,” she said, “was that there wasn’t an interface where you could connect the whole chain of the book industry.”

She understood the need for a comprehensive platform to not only give women writing in Spanish their due but also to provide readers an opportunity to connect over the authors’ work.

A longtime fan of the radio interview program Fresh Air, Pacheco took her husband’s advice and started a podcast. It began with a focus solely on Mexican writers but soon expanded to include writers from Spanish-speaking countries in Latin America, the Caribbean, Spain and the United States.

Building a Juggernaut on a Love of Literature

With an overwhelming response, Hablemos Escritoras almost immediately outgrew its original form. The podcast upgraded into a complex, multinational platform: the Hablemos Escritoras website, which now encompasses an encyclopedia of writers, editors, publishers and translators; a library of book titles and reviews; a blog and periodic newsletter; and an online bookstore with hundreds of titles.

Capitalizing on its connections with more than 60 publishing houses, the site now features profiles of about 500 authors and thousands of book recommendations. There are followers in more than 50 countries across the world, as well as hundreds of thousands of podcast listeners. The online bookstore, Shop Escritoras, now moves more than 600 titles in Spanish from the North and South American continents into the United States.

A robust online community surrounds these endeavors via Twitter, Instagram and the Hablemos Escritoras Facebook page, where readers access and discuss existing and future titles. A multi-city traveling tour is in nascent stages. And the entire operation recently became a nonprofit organization.

“We are now in transition to become HablemosEscritoras.org,” said Pacheco, “because we want to go bigger.”

Reflecting on the decades of her career—from conducting academic research and establishing educational collaborations to producing a juggernaut podcast and fostering a worldwide online community of readers—Pacheco says it all arose from her passion for the written word and her lifelong study of how reading literature can impact and improve the lives of people.

“Writers say many more things than we really can imagine,” Pacheco concluded. “I have learned a lot, and I am very curious to continue learning through these years.” 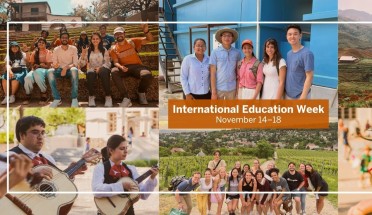 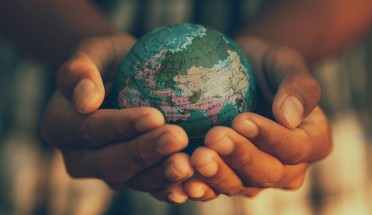 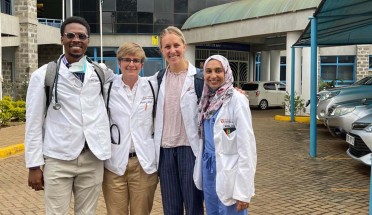