Proud Longhorn, Global Businessman and Former Refugee on Why He Gives Back

Vo grew up as a first-generation Vietnamese immigrant in the U.S., earning a finance degree from the McCombs School of Business in 1995. He has since gone on to lead a successful 25-year career at Accenture working with partners around the globe, building opportunities for the next generation of students and business leaders along the way.

He began his journey as a Longhorn at McCombs in 1992. A transfer student from the University of Houston, Vo envisioned he could reach his full potential at UT. During his time as a student, he joined several organizations across campus.

Vo says one of his proudest moments as a Longhorn was when he founded the Texas Iron Spikes, a student service and spirit organization dedicated to supporting the central Texas community through active philanthropy and promoting Texas Baseball.

“As an undergraduate, the organization was something that allowed me to give back to the University by creating opportunities for students to volunteer and support non-profits, including the Special Olympics of Texas,” Vo said. “Being involved with Spikes has been so rewarding since its inception because of the profound impact it has made on the community and lives of countless individuals. I wholeheartedly believe we all have a role to play in giving back and preparing the next generation for success.”

The Texas Iron Spikes was also a way for Vo to bring together diverse cultures on campus and broaden others’ perspectives while creating a meaningful difference in the community.

“When I stepped foot onto the Forty Acres, I was amazed by the richness in diversity and wanted to be part of organizations that embraced it,” he said. “I've always appreciated diversity in race, culture, and ethnicity, in addition to diversification in thought and perspectives. Being involved in an organization that also shared those same values was important to me.” 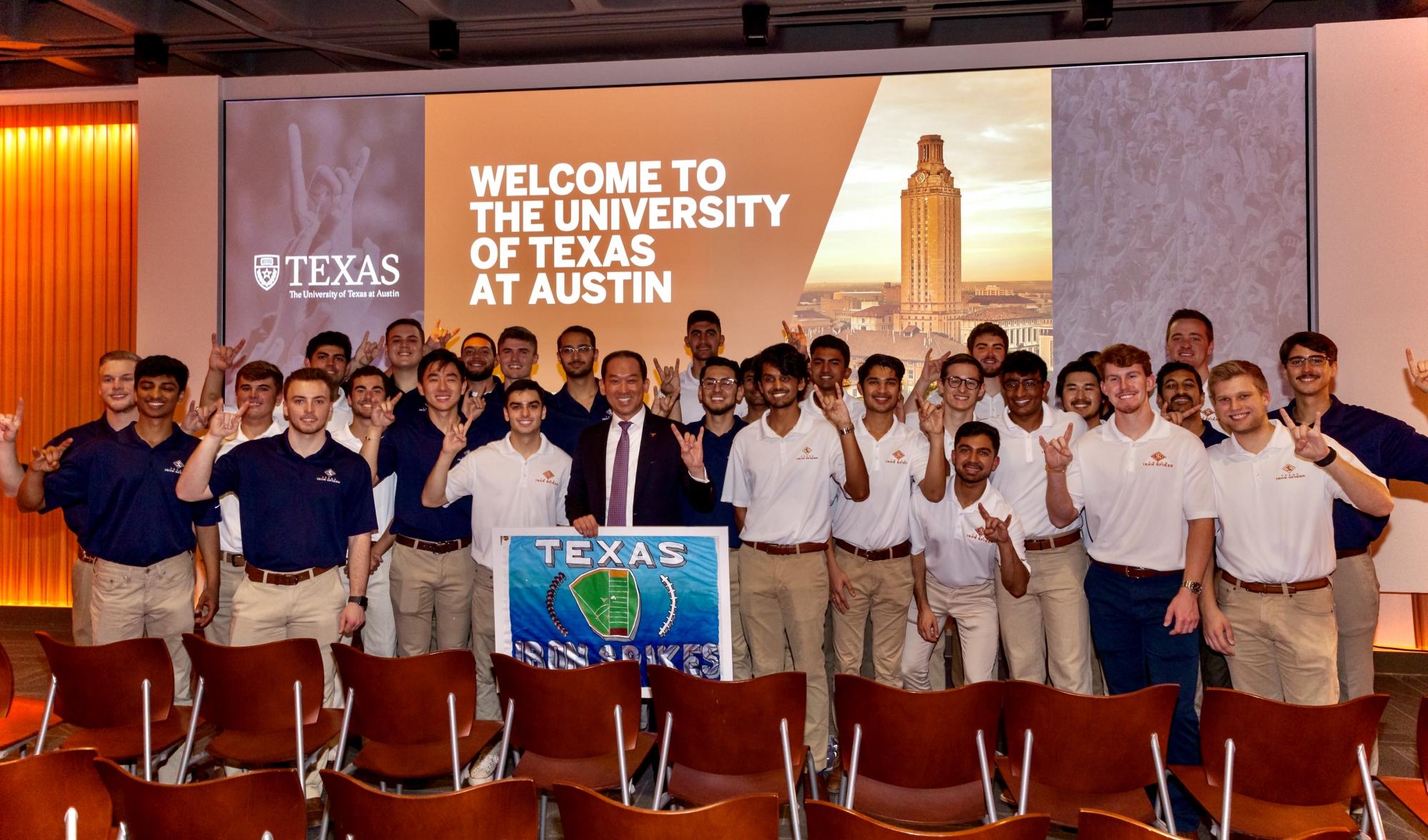 The power of service and stewardship was instilled in Vo as a young child. After fleeing their home in Vietnam in 1975, Vo and his family arrived in the U.S. as refugees. If it weren’t for the sacrifice and compassion of all those who helped his family along the way, Vo says he would not be where he is today.

“To see the courage, resilience and determination my parents displayed, I recognized the importance of hard work and sacrifice early on,” Vo said. “When you're faced with adversity, you learn not to take things for granted. As I reflect on my roots, I realize many people have paved the way for me, and as a Longhorn, I want to be involved in providing those types of opportunities to underprivileged individuals.”

As a proud Texas alum, Vo felt compelled to both honor his family’s journey and give back to his Longhorn community. When university leaders visited Texas Exes in Singapore two years ago, he actively engaged with former UT President Greg Fenves and Jay Hartzell on opportunities to make his mark on UT students. In January 2020, Vo was recognized at a ribbon-cutting ceremony for his help in creating the new UT Admissions Welcome Center for incoming freshman and transfer students, naming the auditorium in honor of his family.

“As someone who was a former refugee, who came to the U.S. with nothing, the naming of the Vo Family Auditorium represents a symbolic pinnacle,” Vo said. “My involvement in the Admissions Welcome Center and the Vo Family Auditorium was a way to recognize my family’s immigrant heritage and my parents’ unwavering contributions as educators. This was my opportunity to also support a meaningful space on campus that will play a role in the lives of each UT student while reinforcing that the Forty Acres represents an oasis of opportunities for everyone.” 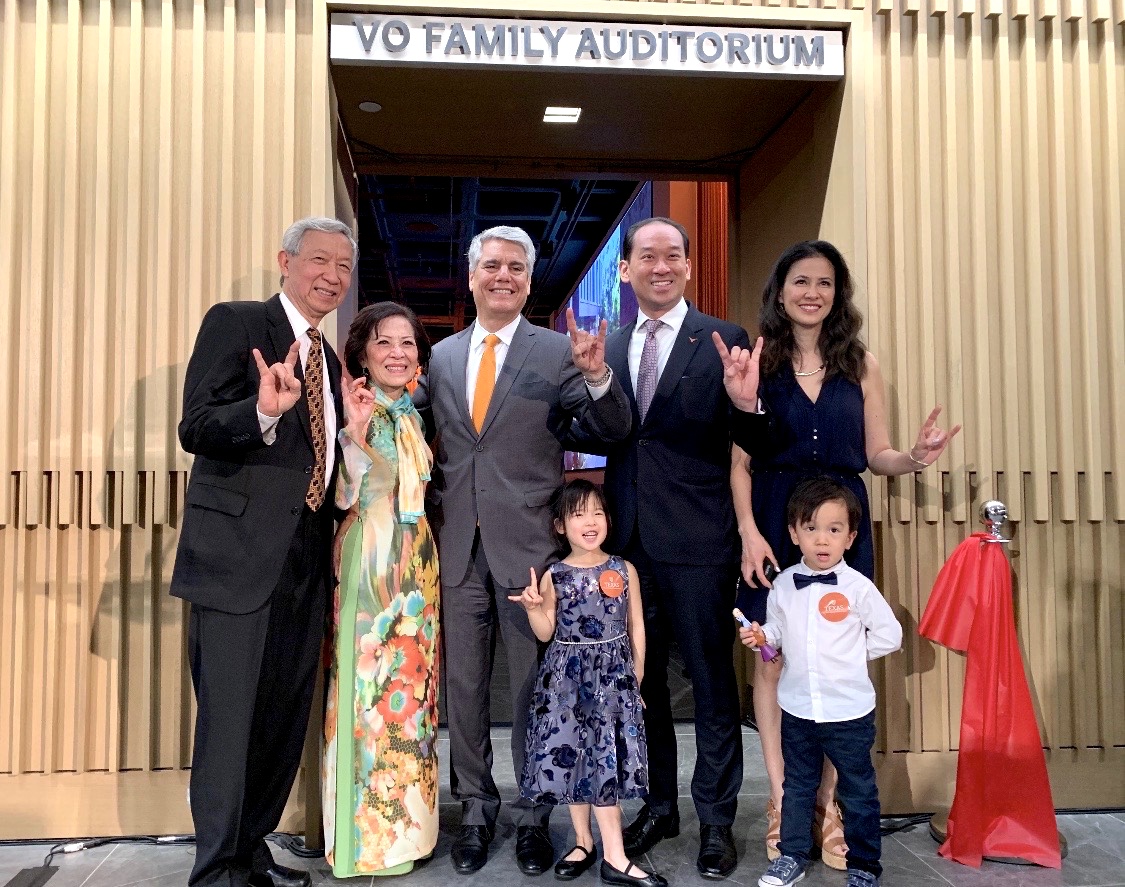 Another thing that fuels Vo’s generosity and stewardship is thinking of those who took a chance on him when he was building his life and career. When he began at Accenture, he never would have guessed he would hold his current role as managing director.

“When I joined Accenture, there were not many Asian-Americans in leadership roles,” Vo said. “As I began to progress in my career, however, I started to visualize a path forward. At each promotion point along the way and with the support of mentors around me, I started believing I could one day become a senior executive. The belief that my advancement might also inspire other Asian-Americans, or ethnic minorities who shared a similar background, was further motivation that kept me focused and determined to lift as I rise.”

Over the years, Vo has given back to the Longhorn community in numerous other ways. In 2014, Vo and his wife Sophie established a presidential scholarship endowment to provide full tuition for McCombs students. To date, their gift has enabled two business students to graduate.

Today, despite living thousands of miles away from Austin, Vo stays connected to the Forty Acres through his involvement in various organizations and causes, such as supporting scholarship programs and participating in the McCombs Advisory Council, the Chancellor’s Council Executive Committee, the Forty Acres Society and 1883 Council. In 2013, Vo was recognized as an Outstanding Young Texas Ex for his service to the university.

Vo is passionate about mentoring the next generation of leaders. Looking back on his time at UT, he says his experience developing a network of diverse mentors and professors had one of the greatest impacts on his career.

“At UT, anyone from anywhere can be successful, and it doesn't matter what your last name is, what your economic situation was growing up, or who you know,” Vo said. “The administrators, faculty and staff at UT have a genuine focus on positively shaping the student experience and growing future leaders. I believe what happens at UT truly does change the world.”

In order to start changing the world, however, every incoming Longhorn has a responsibility to leave UT in a better position by the time they graduate, he says.

“Make the most of your time at UT,” Vo said. “Don't get distracted from what you're there to achieve, which is a premier education. At the same time, find ways to round out your experience by learning new things, expanding your horizons, and developing as a person. There are tremendous opportunities to get involved in organizations and initiatives that will open your mind and ultimately allow you to leave your own legacy.”

Vo says one motto from UT that stuck with him is, in the words of his inspirational McCombs professor Herb Miller, ‘Your attitude determines your altitude.’

“If you start every day thinking about the difference that you can make on others, I believe that your focus, drive and ambition will open up so many doors for yourself and the community around you,” Vo said. 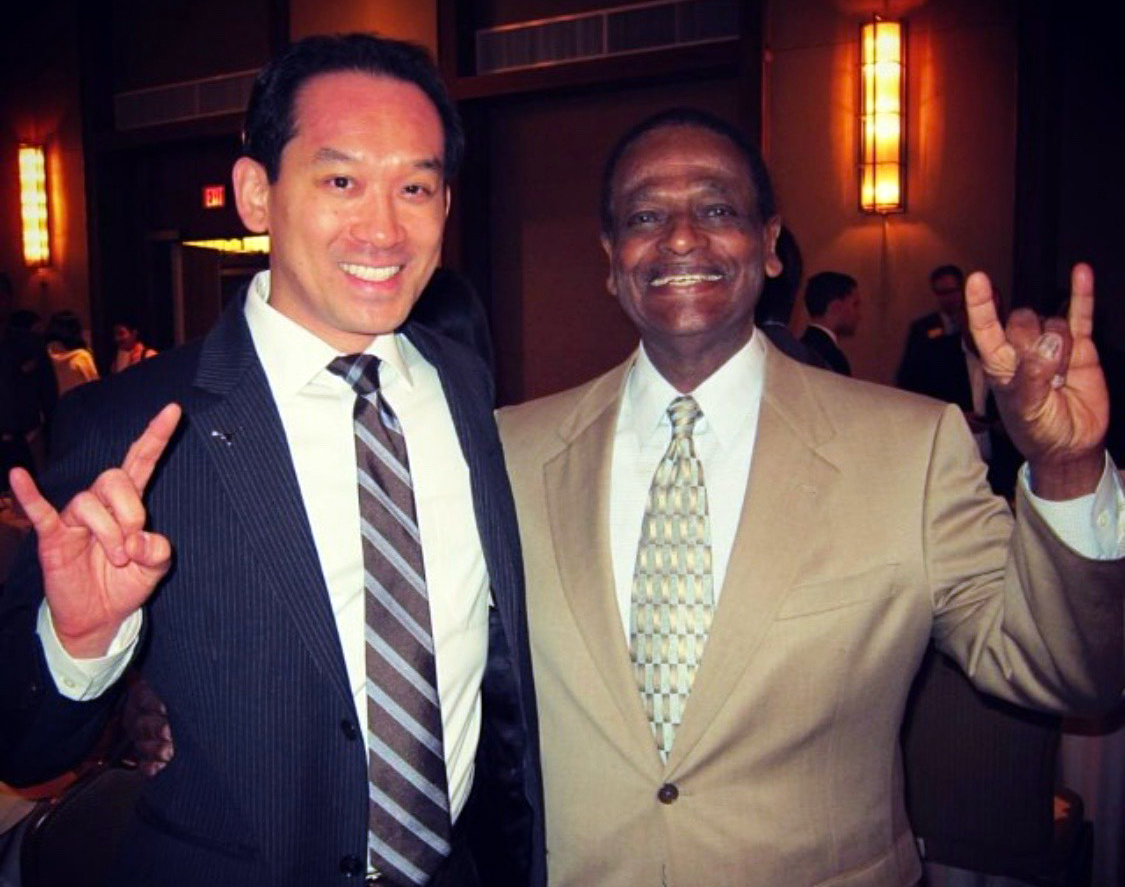 With social distancing and the COVID-19 crisis, his role as chief human resources officer for Accenture’s growth markets is more internationally relevant than ever. Prior to the pandemic, Vo would spend two weeks out of every month visiting the various teams he manages in over 20 countries around the world. But, like most of his peers, he is now working from home and says, while the adjustment took time to get used to, it has given him renewed insight into understanding and navigating different cultures from afar.

“In the world that we live in today, it's paramount that we have an appreciation and knowledge of what it takes to perform in a global environment where we are completely virtual," Vo said.

He believes opportunities for global engagement at UT hold great value as businesses transform their operations and practices. For Vo, the pandemic has reaffirmed his views on how cross-cultural understanding will be an even more highly valued attribute throughout all industries.

“Our understanding of how the world economy operates while leading with compassion and empathy allows us to be that much more mindful as we conduct business and engage with employees and clients during a time when we’re all remote,” Vo said. “One’s ability to effectively combine emotional intelligence and cultural awareness with commercial acumen is a competitive advantage.”

Reflecting on where he is today, Vo feels blessed both personally and professionally. He currently lives in Singapore with his wife and four-year-old twins, whom he hopes to provide with an international education tantamount to his. 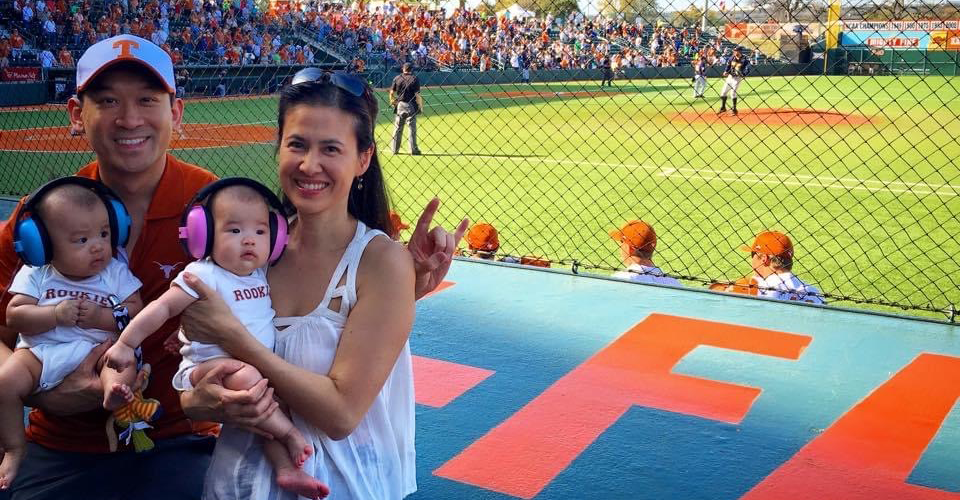 “I take a lot of pride in being a Longhorn,” Vo said. “I know I wouldn't be where I am today if it wasn't for my first-class education at UT.” 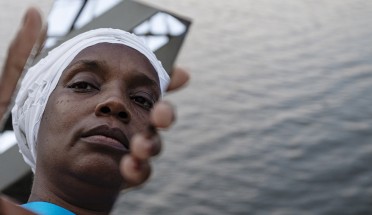 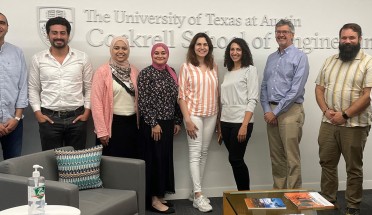 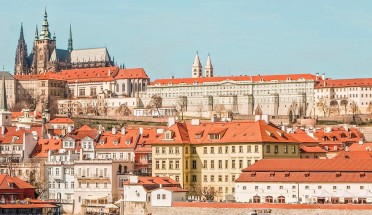