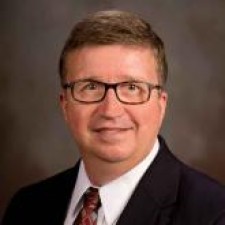 Randy brings a wealth of experience to to Texas Global. Prior to joining UT in June 2018, Randy established the global safety and risk management operations for Virginia Tech (VT) and served for three years as the assistant director of Global Safety and Risk Management. In his role, he was the primary point of contact for all international risk and safety issues for roughly 33,000 students and 7,000 employees.

Previously, Randy was the associate director for the Center for International Education at Baylor University for five years, where he led both the ISSS and Education Abroad units. At Baylor, Randy developed BearTracker (a system that allows Baylor leadership to see who had, was, and would be traveling) and Going Places (an online magazine that grew out of a partnership with the Communications department and students), as well as built a strong team with high morale, dedicated to students.

At Baylor, Randy also worked in Aerospace Studies for three years, increasing Air Force officer candidate scholarship recipients for Baylor to rank #2 in the nation. He also worked at Texas A&M University and the U.S. Air Force Academy and had a distinguished 24 year career in the United States Air Force.

On a personal note, Randy and his spouse, Kimberly, have seven children, two grandchildren and a mini goldendoodle named Virginia (Ginny). His hobbies include reading, watching movies, eating at new places and visiting small downtowns, as well as, watching and attending sporting events. Randy has traveled extensively to countries, in no particular order, including: Italy, Japan, Argentina, Qatar, Germany, England, Scotland, the Netherlands, Kosovo, Mexico, China, and Hong Kong.