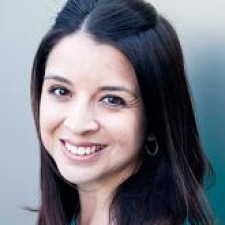 Angela Branigan is the Assistant Director of Sponsored and Exchange Programs for Texas Global at The University of Texas at Austin, where she is responsible the oversight of services, which includes immigration advising and compliance, facilitation of third-party billing tuition payments, sponsor and exchange partner communication, and intercultural programming for the university’s sponsored and exchange student population.

Prior to this role, Angela served as Assistant Director for Global and Customized Programs, where she coordinated notable programs such as the Mandela Washington Fellowship for Young African Leaders, Young Leaders of the Americas Initiative, Iraqi Young Leaders Exchange Program, and the Fulbright Junior Faculty Development Program.

Additionally, Angela has served as an immigration advisor for students and scholars at UT Austin on F-1 and J-1 visa where she played an active role in the facilitation of intercultural and orientation programs, financial aid and scholarship distribution, and insurance compliance for the university’s international population.

Angela has worked in the field of international education since 2000. Angela is an alumna of The University of Texas at Austin where she earned her BA in English Literature. In her spare time, Angela enjoys reading books of any genre, baking with her daughters, and taking walks with her donut dogs – Shipley and Dunkin.