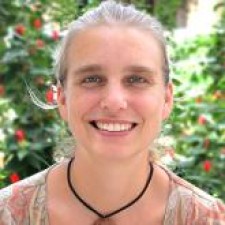 Laurie Young is the Texas Global Director of Special Initiatives at the University of Texas at Austin. Laurie is responsible for managing and directing programs that contribute to cross-campus internationalization. Examples of these efforts include Texas Global Virtual Exchange, Peace Corps, the President’s Award for Global Learning, Dr. Cécile DeWitt-Morette France-UT Endowed Excellence Fund, Diplomacy Lab and partnering with the Dell Medical School to create the Global Health program. Laurie has held this position since fall 2009.

Prior to her current position, Laurie was instrumental to the development of the Cockrell School of Engineering’s International Engineering Education Office, which coordinates study abroad programming for engineering students. As the first staff member, Laurie helped to grow the program from sending 13 students abroad when she started in 2005 to over 100 in 2009. She started at UT Austin as the Peace Corps Recruiter in 2005. Laurie currently supervises the Peace Corps Recruiter position that she once held. Prior to living in Austin, Laurie was a Peace Corps Volunteer in Jamaica from 2002-2004 and concentrated on projects in the areas of small business development and sports diplomacy.

Laurie holds a master's in higher education administration from the University of Texas at Austin and has a bachelor’s degree in Psychology from the State University of New York at Oneonta. Laurie is originally from Plattsburgh, New York and lives in Austin, Texas with her husband and two children.