For Ivete Lucas, film serves as a platform that allows her to communicate with people. “It is easier to understand,” she states.

Lucas, who now spends most of her time on the road, is a Latina film director, producer, and editor. She was born in Brazil and moved to Mexico around age ten, “my mom is Brazilian and my dad is from Monterrey, Mexico.”

Lucas is not only a talented filmmaker, but she is also a trilingual speaker, “I started my life only speaking Portuguese and then I learned Spanish when I moved to Mexico and I learned English too [in school]. I’ve always had to translate between cultures and languages.”

Her background, her unique perspective towards languages, and her experience in the filmmaking industry earned her admission to the MFA Program in Film and Media Production at the University of Texas at Austin.  She received her degree in Fall 2012.

Ivete, can you tell us a little bit about your filmmaking experience in Mexico?

I went to school in Monterrey and I started making films there.  I got my first grant from the government when I was about 23.  It was a $50,000 grant to make a 10-minute short.

[The film] was called ASMA. It was a film that I co-directed with my friends; we all directed a segment of it and I produced the whole thing. We were all excited about the medium and video and what we could do with that. The grant legitimized what we were doing and the film got shortlisted for the Mexican Academy Awards. It played all over Mexico in movie theaters before feature films. It was a really good experience and I knew I wanted to make more films.

What got you thinking about graduate school?

I had experience as a producer and some as a director, but through making [ASMA], I realized that I did not know much about the specific crew of the film. I concluded that I was going to be a stronger director if I studied filmmaking harder.

Can you tell me a little bit of how you ended up at UT in the MFA program?

I had not really thought about UT until I met my husband, Patrick. He was planning on moving to Austin and said, “Well, let’s take a trip to Austin and you can see the university and see if you like the program because I’ve heard that it is really good.” We visited and I met with Paul Stekler, Ellen, Spiro, and PJ Raval.

I really liked the fact that you learn all these different [skills], but you also get an academic degree.  After meeting with everyone, I thought, 'if I apply and maybe if I get in it will be easy for me because Monterrey is so close to Austin.'  I got in and I said to myself, ‘Okay. That is where I am going.’

What was your experience in the program?

I definitively learned the different crew positions, and  established close relationships with not only professors but also with students. I got a really good experience out of it.

Also, because UT is a big university with different programs, I had the opportunity to not only learn about film, but to continue to learn about art as well. Patrick and I do a lot of exhibitions, art shows, and we were already doing this before I started at UT so I thought it was really good. I got my minor in Studio Arts.

One of the benefits of going to UT—the intersection between departments. I really enjoyed that.

Can you talk a little about the projects that you made while you were at UT?

I had been making projects in and outside of UT at the same time. I can tell you that the work that I did for the required films was very Mexican-themed.

I started with a short called Mexican Fried Chicken. This short was about a Mexican 14-year old kid who was working at Popeye’s Chicken.  His family migrated here and brought him as a baby.  His brother and sister were born here, but the film was about his life and how hard he had to work and what it is like.

Further, I’ve always been interested in making fiction work in real settings with real people. For this reason, my second short, La Lupita, was shot in the Mexican flea market in Austin with some actresses and real people.

The Curse and the Jubilee was my pre-thesis which I shot in Virginia. That is my non-Mexican film from the four films that I made in school.

Ex-Votos, which was shot in Mexico, was my thesis film.

Is there anything else that you would like to add?

While stressful, graduate schoolwork was really fun. For me, film provides me with the opportunity to interact with all kinds of people in different ways. 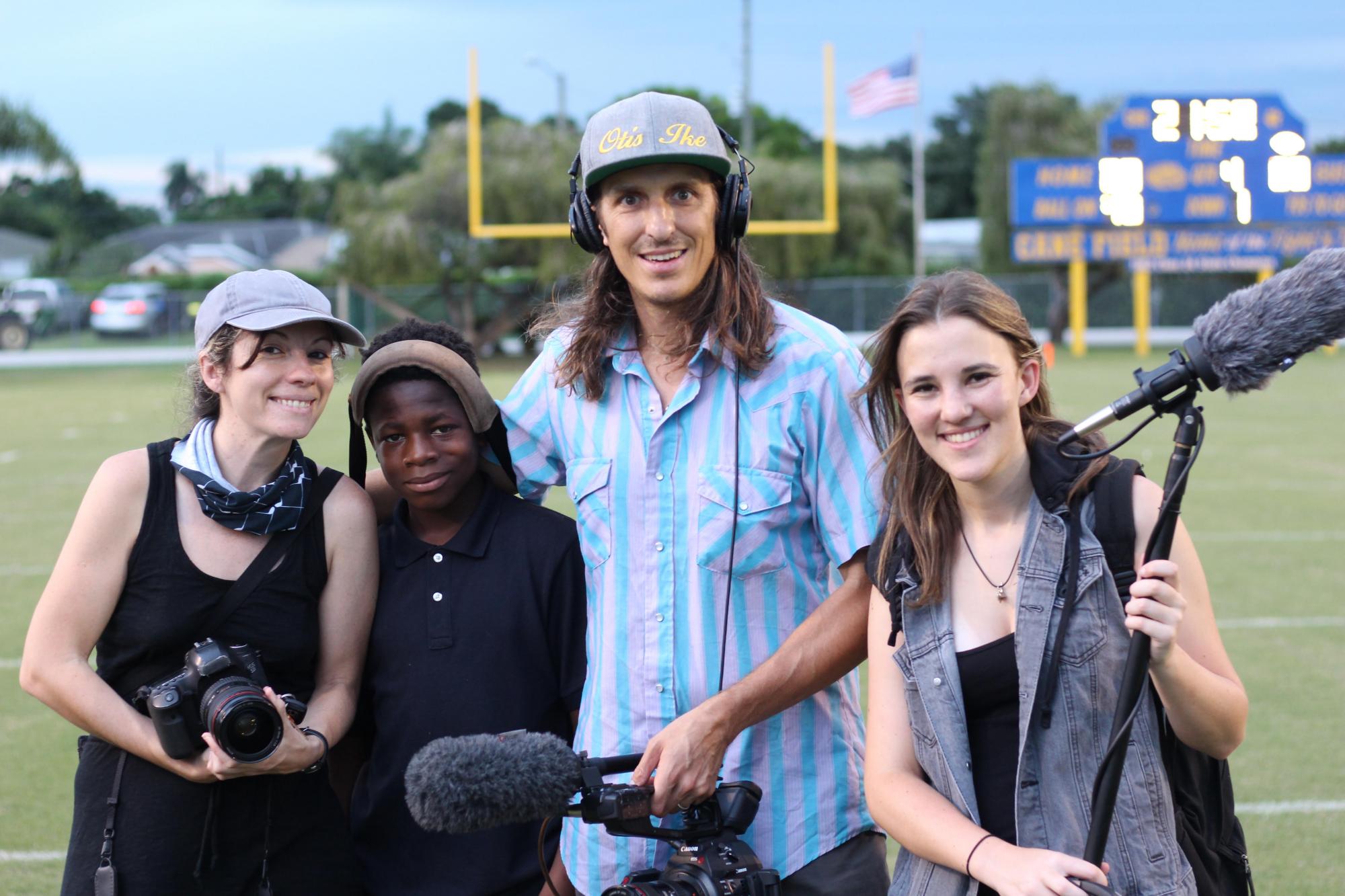 CHECK OUT THESE FUN FACTS ABOUT IVETE LUCAS’ WORK AND ACCOMPLISHMENTS: